Despite attempting to prick Facebook’s social conscience they still are playing host to the Boeremag Race Terrorists, who would have bombed the late president Nelson MaDiba Mandela. They did bomb and kill in Azania – South Africa. 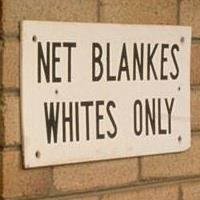 Well, I’m not really a writing person,but visiting the net lately convinced me that I must comment on some of the things I see going on in this world.

Take for instance the situation in South Africa, we just lost the great MaDiba, Nelson Mandela, and even as the man’s body was still warm, some of the old, and I guess new too, racists creep out of the wood work to vent their old poisonous waste.

There are those who’d like to bring us right back to the old days of apartheid, such as the Boeremag (Farmer Force), who killed people and set off some bombs.Their biggest intention was to bomb the late President as he made his way by car, to open a new school.Last minute change of plan, a helicopter was used.The vain hope was to ignite a race war where all non Whites would be driven out of the country and an all White state set up.They failed in this mission and 20 of them landed in prison with some hefty jail sentences.Senseless fools had no regard for anyone, and let their avid hatred blind them to the fact that had such a war started the biggest losers would have been the White population of South Africa, and maybe Whites across the continent.Maybe I am naive, but when I realized that our nice, trendy, modern and very popular social media website, Facebook was hosting a support page for these vermin, I felt that I just had to say something.Hence the launching a petition against Facebook’s support of them, in the hope of bringing it to the attention of the public and pricking the network’s social conscience enough for them to take down the Boeremag support page.As far as I’m concerned there is no form of terror organization Facebook should be aiding, so why aid a group with open racist hostility to the Black African people whom they live amongst.The Petition